Get fresh music recommendations delivered to your inbox every Friday.
We've updated our Terms of Use. You can review the changes here.

Clifford Darling Please Don't Live in the Past 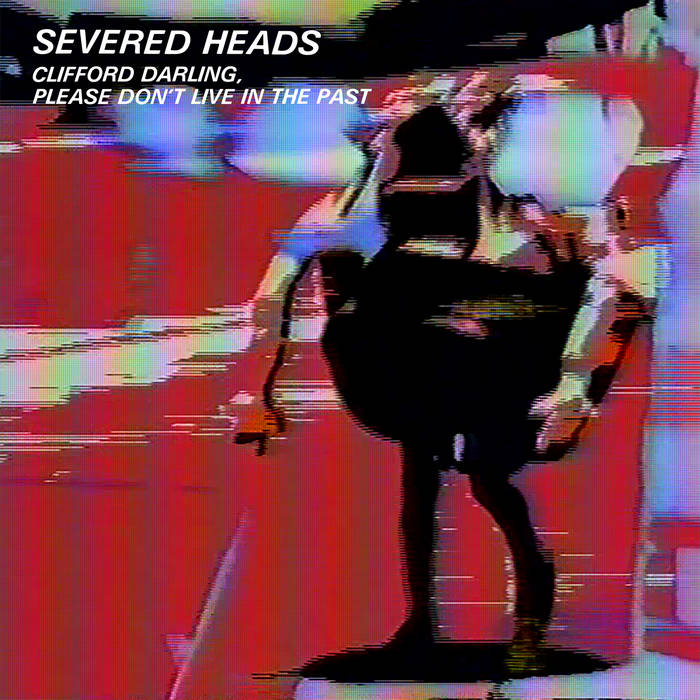 "Never Fall in Love" contains the title sample "Clifford, Darling, Please Don't Live in the Past"....

"I'm NOT living in the past, Mom!" Favorite track: An American In Paris.

Christian Olson Oh, you like that? Want me to do it again? I'll do it again. Favorite track: Alaskan Polar Bear Heater.

Lake Mistake In my view, it's no exaggeration to call this one of the best and most innovative pieces of Australian cultural production in the 20th century, in any medium.

Severed Heads are one of the longest surviving bands to emerge from the Australian post-punk independent music scene. They began in Sydney in 1979, incorporating elements of ‘industrial’ noise-generation, tape cutting & looping and electronic sound synthesis. As the project developed song-structures and vocals were employed in a more-or-less recognizable mutant electro pop style. After many line-up changes featuring Garry Bradbury and psychedelic guitarist Simon Knuckey, Severed Heads was the vehicle for composer Tom Ellard.

In 1985 their record label asked them to release a retrospective, so they dragged out bits that we had lying around from 1979 up til 1983. The compilation was titled “Clifford Darling Please Don’t Live In The Past”, spread out into a montage over four sides of vinyl. Bradbury and Ellard would fuss each bit and sling it on their new digital recorder, and since they still have the digital recorder, this reissue is made directly from the bits assembled twenty years ago. This compilation includes live recordings, raw demos, unreleased studio recordings and solo pieces from each member of the band during from the first five years. Their early music was characterized by the use of tape loops, noisy arrangements of synthesizers and other dissonant sound sources in the general category of industrial music. After several releases in that vein, Severed Heads began incorporating various popular music tropes, such as a consistent 4/4 rhythm, strong melodic lines, resolving chord arrangements and the occasional vocal. This move was underscored by the incorporation of mimetic devices, such as drum machines and bass synthesizers. The result was a striking hybrid of the avant-garde industrial and pop.

All songs are remastered for vinyl by George Horn at Fantasy Studios in Berkeley. Housed in a jacket featuring brightly colored, distorted, VHS graphics output by Stephen Jones' video synthesizer created by Tom Ellard video piece “Kato Gets The Girl” in 1985, designed by Eloise Leigh. Each copy includes a fold-out poster with a color video still photo on one side and liner notes and credits on the other. 30 years later Severed Heads’ perverse creativity is still paving the way for powerful imaginative challenging music far and wide.


What a funny thing - our label decided we needed to release a retrospective in 1985. After all, the band was going to disappear soon after right? So we dragged out bits that we had lying around from 1979 up til 1983 and crammed them into a montage over 4 sides of vinyl. Bradbury and Ellard would fuss each bit and sling it on our wonderful new digital recorder, although back then they still had to cut the records from tape.

Thing is, we still have the digital recorder, so this reissue is made directly from the bits assembled twenty years ago. That's kind of cryogenic don't you think? This album has lots of bits, live bits, studio bits, bits that appear on other albums. It's a trip, as the kids say.
Tom Ellard, 2013

Mille Petrozza stops by to talk about the new Kreator album, plus music by Trauma Bond